Dear Editors.
I am writing to add a few points to the letter my comrade, MB, has already sent 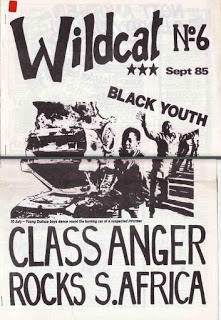 you in response to the article in the December Socialist Standard criticising the Wildcat pamphlet Capitalism and its Revolutionary Destruction.
Steve Coleman alleges that Wildcat “seems to think” that “revolutionaries will be in a minority at the time of the revolution”. Had he read our pamphlet a little more carefully, however, he would have noticed that the sentences he quotes to supposedly support this allegation refer, not to the situation at the time of the revolution, but to the class struggle at its present-day stage. Later on we state quite clearly that the “primary aim” of revolutionaries “must be to get more and more people actively involved in the struggle”, and also that “if revolution is to succeed, the great mass of the working class must become conscious communists”.
To say that “No Leninist would disagree” with Wildcat’s views on this issue is as foolish as stating that no Christian would disagree with the SPGB’s attitude towards religion.
The question remains, however, how are the mass of the working class to become conscious communists?
One of the basic arguments of our pamphlet is that the seeds of the future struggle for communism are contained within the working class’s struggle of today. Riots and strikes are part of this struggle. Steve Coleman scorns these as mere street fights and reformist sectional disputes. This dismissive concentration solely on the negative aspects of the class struggle throws the baby out with the bathwater.
Strikes, riots and other aspects of the class struggle are also an interruption in the everyday routine of capitalist “normality”. In the course of these actions numerous practical problems crop up. In overcoming them, those working class people actively involved find themselves having to develop their own collective solidarity, imagination. initiative and organisation. The development of these powers — all stifled by capitalism — is essential for the working class if it is to have any hope of transforming society.
Furthermore, by changing people’s immediate material conditions, collective struggle also contains the potential to alter people’s perceptions of the society around them, and place in a new perspective the limited goals they originally set themselves. All of these things can be observed, to varying degrees, whenever working class people take action together to fight back against the miseries heaped on them by capitalism. The wider the struggle, the greater the potential for the development of new forms of organisation directly controlled by those involved in the struggle, and the greater the potential for the development of radical ideas not confined merely to tinkering with society as it is but with the ambition of completely transforming it.
This, then, is the revolutionary strategy proposed by Wildcat: a materialist strategy, based on the working class’s pursuit of its material interests, and recognising that the source of ideas — in this case, revolutionary ideas — is material conditions — the working class’s active engagement in the class struggle. By contrast, the SPGB’s strategy is materialist only in the most abstract, general sense, and tends more towards idealist philosophy, seeing no connection whatsoever between the class struggle of today and the future struggle for communism, and thus abandoning the Marxist view of the class struggle as the historical motive force behind social change.
As a final point, I would like to take issue with Steve Coleman’s case in favour of participation in parliamentary elections, which is that the working class must gain control of the state so that the ruling class cannot use the armed power of the state to crush the revolutionary working class. If Steve Coleman really believes that control of the armed forces is automatically guaranteed by control of state power, how does he explain desertions, mutinies and military coups? What use was control of state power to the Kerensky regime in 1917 when its cavalry refused to cut down the insurrectionary workers of Moscow and Petrograd7 What use was control of state power to the “democratically elected” Popular Front government of Spain in July 1936 when half of its troops sided with Franco’s attempted coup?
Examples abound throughout history to prove that, to use an appropriate metaphor, the armed forces are not like a gun controlled by whoever has their finger on the trigger of state power. The SPGB believes that socialist ideas will spread throughout the working class, disregarding all “barriers” of nation, race, sex, occupation etc. Why then should it expect these same ideas to halt at the barrack- room door? Which is the more realistic revolutionary strategy: to appeal, as Wildcat does, to our fellow workers in uniform to fraternise with the rest of our class and turn their guns against our common enemy? Or to expect, as the SPGB seems to do, that workers in uniform will forever blindly obey the orders of the ruling class and shoot down their class brothers and sisters who are holding out the prospect of a world free for ever from war and oppression?
The SPGB should apply Steve Coleman’s litmus test of what constitutes a revolutionary organisation to itself, and ponder just how “serious” its strategy for the revolutionary transformation of society really is.
Yours for socialism.
Mark Shipway
a member of the Wildcat group

Reply to Mark Shipway (of Wildcat)

We have received this and another letter from a member of Wildcat complaining about our criticism of their pamphlet. We are pleased to read that Wildcat accepts that there can be no revolution without a majority of workers becoming conscious; why then are they so frightened of workers’ support for socialism being tested electorally? Wildcat insists that “revolutionaries do not. under any circumstances, participate in . . . elections”. If they accept that there can be no socialism without a socialist majority why do they state that “the revolution itself will inevitably be a bloody affair’. It is not “inevitable” that a conscious, overwhelming majority of socialists will be resisted by force. And if such a majority is so threatened, the force required to deal with a recalcitrant minority would hardly constitute “a bloody affair”. Opposition to all elections and the assumption that revolutionary violence is inevitable are both classical Leninist positions.
Wildcat’s support for riots and other futile struggles can be criticised on two levels. Firstly, it is improper for people calling themselves revolutionaries to urge workers to offer themselves as sacrifices to the truncheons of the police — especially as we strongly suspect that Wildcat members, on a day-to-day level, are not so foolish as to engage in riots. How has rioting ever helped workers to “develop their own collective solidarity, imagination, initiative and organisation”? How have they improved “people’s immediate material conditions”? Secondly, by associating the struggle for socialism with acts of frustrated violence, Wildcat adds to the general confusion about the meaning of socialist revolution. It is wrong to suggest that our review opposed workers taking strike action. The Socialist Party supports strikes in working class interests which are conducted on sound lines but, unlike Wildcat, denies that strikes are a means to revolution.
The Socialist Party cannot be accused of ignoring the class struggle as the motive force in history. Our attitude is stated in our Declaration of Principles, written in 1904 and still valid today. Of course we are aware that some workers may learn to change history by materially engaging in class struggle. That is a different matter from riots, which are perversions of the class struggle: frequently they involve no more than one section of the working class attacking another.
We agree that workers in the armed forces will not be impervious to socialist ideas at the time of the revolution. That is all the more reason why the revolution will not “inevitably be a bloody affair”. We notice that in Issue 10 of Wildcat, under a report about 16.000 attacks on policemen in the last year, there is a caption saying “KILL THE BILL”. Does Wildcat regard this also as a useful means of struggle in preparation for the socialist transformation of society? Is killing cops — or just injuring them — a way of showing them that they are fellow workers in uniform? Or is this not sloganising, dangerous if taken seriously?
Steve Coleman