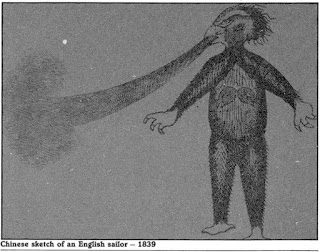 Rapidly growing drug addiction is becoming a major headache for governments in many parts of the world. Apart from the fact that the conditions of capitalism cause anti-social behaviour among some workers, much of the problem is due to the actions of governments themselves, both past and present. According to the latest (1984) Home Office statistics, the number of drug addicts in the UK rose by 26 per cent to a record 7,400. However, the head of Scotland Yard central drug squad said the figure could be five times higher. This is not high compared with other countries, but it is growing at a faster rate. Drugs are more readily available because the traffic is more profitable, and as long as this lasts drugs will be here to stay.
There is no shortage of pressure groups, ranging from politicians and journalists, to church leaders and broadcasters, all calling on the government to deal with “those evil men who traffic in human misery”. All overlook the fact that the capitalist system itself both creates and deals in human misery; for them that is not the issue.
It may come as a severe shock to these anti-drug crusaders to learn that not so long ago Queen Victoria and her ministers, at least one Prime Minister (Lord Palmerston) and many members of the Houses of Lords and Commons, were in fact the evil men and women responsible not only for drug pushing, but for its production also. The gigantic scale of the operation carried out by these highly respected people makes the combined effort of the modern drug pushers look puny.
When the police or the customs seize 100 kilos of heroin or a ton of cannabis, everybody is happy. Yet these are piffling amounts compared to the tons of opium (the basis of heroin) which were shipped into China from India between 1839 and 1890. It would be true to say that the present international drugs problem owes its existence mainly to the legalising of the production and distribution of drugs, primarily by the British government in the mid-19th century and the deliberate use of armed force to thrust them onto the China market. It took three wars, covering a period of nearly 20 years to do it, but it was accomplished.
The opium wars of 1839. 1856 and 1858 broke down semi-feudal China’s resistance to foreign trade, particularly to the import of opium from India. In fact, the Indian finances of the British government depended on the opium trade with China, including the contraband trade which was given official assistance and carried out openly by British and American ships. The Victorian politicians knew perfectly well that opium was harmful, but justified its forcible export into China in the interests of free trade;

Our government in India is dependent for revenue on the sale of opium in China, as the people of England are dependent for their breakfast and their every meal on the produce of that Empire. (Economist, 30 April 1853.)

Before the East India Company, backed by the British government, started shipping small quantities of opium to China as an experiment in 1773 there was little addiction among the Chinese. Rigid laws, thoroughly enforced, prohibited the cultivation of the opium poppy and the use of the drug. Its import was banned in 1800 except for use as medicine and the death penalty was introduced in 1839 for merchants and other persons having stocks of opium. However, there was wide-spread smuggling in 1838; around 50 British and American vessels were engaged in running contraband under the protection of the British Navy. In that year, 20,200 chests of opium each containing 125 lbs (i.e. about 1,127 tons) were confiscated by the Chinese authorities. This was one of the prime causes of the first opium war. Indemnities were demanded of the Chinese. The town of Nanking was seized and the war commenced. A subsequent peace treaty ceded Hong Kong to the British government and five ports were opened to British trade, which of course included the opium trade to which the Chinese authorities were vehemently opposed. Despite their repeated protests the trade continued and expanded.
Marx, in an article to the New York Daily Tribune (25 September 1850) described it as the free trade in poison and showed the complicity of the British government with the producers, merchants, shippers and smugglers in the “hazardous operation of poisoning an Empire”. He also quoted R Montgomery Martin, a devout Christian and Treasurer of the Diplomatic Consul Service in China, about the effect of opium:

“‘Why, the slave-trade was merciful compared with the opium trade. We did not destroy the bodies of the Africans, for it was our immediate interest to keep them alive; we did not debase their nature, corrupt their minds, nor destroy their souls. But the opium seller slays the body after he has corrupted, degraded and annihilated the moral being of unhappy sinners, which every hour is bringing new victims to a Moloch which knows no satiety. and where the English murderer and Chinese suicide vie with each other the offerings at his shrine.” (New York Tribune, 20 September 1858.)

As the effect of opium on the Chinese was devastating they continued to resist its import and this in turn meant the continuance of the wars which had already lasted for 16 years. Finally, after the bombardment of Canton, carried out by the Bible-banging Sir John Bowring, Britain received by the Treaty of Tiensen the legalisation of the opium trade.
In 1868 the Emperor of China sent a letter to Queen Victoria, appealing to her both as a queen and as a woman, asking her to join with him in suppressing the hideous opium curse. The letter offered anything that might be desired in the way of concessions to British trade if the curse could be removed but no reply was received from the queen, nor was any sent. Obviously the queen was advised by her ministers, and they had already made their views public. In Parliament, Sir John Hobhouse said the government had done nothing to stop the opium trade because it was profitable. Lord Melbourne said. “We possess vast territories peculiarly fitted for raising opium”; he was referring to “the jewel in the crown”, Mother India, where the British were supreme landlords. Lord Palmerston, Prime Minister, had declared war on China without the sanction of Parliament.
Chester Holcombe in his book The Real Chinese Question claimed that at the height of the trade some 1,700,000 acres of land were required for opium destined for the Chinese market. In 1878-79 the colossal amount of 91,200 chests of opium were imported into China; each contained 125 lbs. (about 5.089 tons), from which the British capitalist class received £8.25 million in revenue—at today’s prices, worth about £239m. At one point China was receiving only opium in exchange for her two imports of tea and silk. For every chest of opium exported from India, the British government received £88.50 (now about £2,966). the Indian farmer £26-£27. and the Chinese £10.50 (Holcombe). In fact, the import duty which China was allowed to charge was fixed by the British at 1/6 (7½p) a pound—a revenue the Chinese authorities did not want. Even so, the tremendous scale of smuggling protected by the guns of the British Navy considerably reduced the revenue collected. In 1879 they took less than £1 million (£29 million today).
In 1875 the Chinese government submitted to all governments represented at Peking, practically all European governments including Russia, and also America, a detailed complaint about the opium trade and requested action to bring it to an end. Nothing was done. Now in 1985 it is the American and European governments who are appealing to the Chinese government about the smuggling of drugs through Hong Kong. Pakistan, Korea and other Far Eastern countries are also being asked to co-operate to stop the traffic. They may agree in principle, but the Nelson eye will be turned because of its profitability.
The black vampire of drugs will suck people dry as they try to escape from the capitalist system itself. The addict sees no future, but there is one. It does not lie in some strawberry fields, but in actively and energetically promoting the abolition of capitalism and its replacement by socialism.
Jim D’Arcy