Poverty and the minimum wage

It is, and always has been, a feature of capitalism that there are big differences 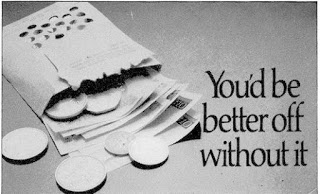 in wealth and income between rich property-owners and propertyless workers, but also big differences in wages within the working class. The solution is to get rid of capitalism and establish socialism, in which there will be no incomes from property ownership and no wages system: all the members of society will have free access to the products of industry. At one time leading members of the Labour Party, including Sidney Webb and Bernard Shaw, endorsed that idea. The first chairman and leader of the Labour Party, Keir Hardie, declared that the Labour Party existed to achieve it. The Labour Party then abandoned the aim its leaders had once proclaimed (or, as they said, “postponed” it). They did so on the ground that it was essential to be “practical” and to deal at once with the pressing evils of capitalism.

One of the immediate problems that they were going to deal with at once was the existence of large numbers of workers on very low pay. All sorts of remedies have been tried but have been a total failure. Not only is the problem still with us but, according to an independent body — the Low Pay Unit — the lowest paid workers were relatively worse off in 1980 than they had been 95 years earlier when figures were first collected. The Labour Party’s programme at the last General Election brought the failure story up to date:

The next Labour Government will launch an offensive against low pay as part of our strategy for equality. The problem of low pay remains acute both in relative and absolute terms. If low pay at present is defined as less than two-thirds of average male manual workers’ earnings, there were 3 million full-time low-paid workers in 1982, of whom 2 million were women workers. Adding to these figures young workers, part-time workers and home workers, produces a total in the region of about 6 million — a great majority of whom are women.

Another alleged cure for poverty was the Beveridge social security scheme after World War II and its accompanying pledge of “full employment” and no more depressions. It has failed in both respects. Along with 3½ million unemployed the depression has increased the number of “low-paid” workers. And this is the SDP-Liberal Alliance’s verdict on the social security aspect:

William Beveridge has been mutilated over the years. Instead of a basic benefit, which was to secure for the old, the sick and the unemployed a tolerable minimum standard of living as of right, we have a complex network of benefits dependent on 44 different means tests. Many people are dependent on benefits which are woefully inadequate.

So the Alliance sees the need for a new Beveridge scheme to remove the accumulated deficiencies of the old one, and to include a new feature, the payment of benefit to low-paid workers in addition to their wages.

Another remedy was to be the election of a Labour government. Their 1918 programme, Labour and the new Social Order, committed a future Labour government to introduce a “national minimum” wage to be applied by law in all fields — employment, unemployment, the sick and the pensioners. In 1935 the leader of the Labour Party, Clement Attlee, in his book The Will and the Way to Socialism, said that the next Labour government would create “an equalitarian society” — the rich and the poor would both disappear. “It would”, he wrote, “work to reduce the purchasing power of the wealthier classes, while by wage increases and by the provision of social services it will expand the purchasing power of the masses”. When he became Prime Minister in 1945 it was his government which introduced the first of the “incomes policies” designed, among other things, to prevent wages from rising.

At one time it was thought that the remedy for low pay was trade union organisation, but it came up against the problem of industries in which unions did not exist or were quite ineffective. In 1909 the Liberal government created “trade boards” (later renamed Wages Councils) for the industries with “sweated” wages. The councils, made up of representatives of employers and workers, along with “independent” members, were empowered to fix minimum rates which were enforced by law. Wages Councils still exist and it is among the workers in these industries that many of the Labour Party’s “low paid” are to be found. An extension of the Wages Council minimum rates for separate industries, is the proposal for a national minimum to apply generally. The 1983 Labour Party election programme included the statement “we will also discuss with the TUC the possibility of introducing a statutory minimum wage”, and this has been taken up by Neil Kinnock.

The minimum wage schemes come up against the facts of life of capitalism. The capitalists are in business to make profit; from the capitalist standpoint the only productive worker is one who brings profit to his employer. If the capitalists cannot make profit by employing workers, they do not employ them. While many companies can adjust themselves to paying wages negotiated with the unions and still make a profit, there are others who can stay in business only if they can get workers at very low pay. If compelled to pay more, they fold up..

This situation was dealt with in 1973 in a report by the Prices and Incomes Board, who said that the enforcement of higher rates in certain low pay fields “results in unemployment among low paid workers whom employers no longer consider worth employing at the higher rates”. Some advocates of minimum rates show a remarkable blindness to the realities of capitalism. Where it is a question of the criminal law they know, from the millions of crimes every year, that the enactment of laws against bank robberies, burglaries and so on, does not mean that those crimes do not happen. Where it concerns statutory minimum wages they think it is different, but it is not. The Low Pay Unit reported in 1976 about the Wages Council industries: “In 1974, the last year for which figures are available, 13.4 per cent of employers checked as a matter of routine, were paying below the legal minimum compared with 7.9 per cent four years before”. In 1983 the Unit reported: “Last year 35.1 per cent of employers inspected were paying below the minimum compared with 31.5 per cent the year before”.

What happens, particularly at times of heavy unemployment, is that workers receiving less than the legal minimum prefer to keep their jobs rather than report the underpayment. In the depression years of the Thirties the National Congress of the Agricultural Workers Union said that more than half the farm workers were being paid less than the legal minimum wage and cases were known of agricultural workers who, having received illegally withheld pay after an inspector had intervened, gave the money back to the farmer in order to keep their jobs.

Realising that the levels of minimum wages they wanted to enforce would result in workers losing their jobs, some advocates of statutory minimum wages have proposed to get over the difficulty by the government subsidising the industries concerned. This was in fact done under the Corn Production Act 1917. The Act guaranteed prices to farmers for their produce and introduced minimum rates for farm workers in order to meet the shortage of food caused by the German submarine attacks on shipping. The farmers did very well out of it, but farm workers’ wages failed even to keep up with the increased cost of living. When the war-time emergency was over the Act was scrapped. Farming is heavily subsidised now and farm workers have statutory minimum wages, but it has not prevented farm workers being among the Labour Party’s 6 million low paid.

All the schemes in three quarters of a century to solve the problem of “low pay” have failed, and further schemes promise no greater success. The Socialist Party of Great Britain was right in the first place in holding that this and the other problems of capitalism will not be solved while capitalism continues.