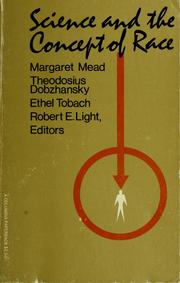 About one third of this book is for the specialist; the remainder an absorbing discussion of one of society’s big problems. Not a one-sided discussion, either; Dwight J. Ingle writes

. . . both types of racists seek to place individuals in schools, jobs, and housing on the basis of racial identity rather than of abilities, interests, drives, and behavioral standard.

Both types of racists! But even this determined bending over backwards does no more than suggest that there might be the very tiniest mouse of evidence in favour of racism—and that after all the mountains of prejudice which have been probed to find it.

The pity of it is that such knowledge, such discussion, does not penetrate into the council estates and the suburbs, where racism flourishes in so many forms. This can be fought only with knowledge; Science and the Concept of Race, with its up-to- date review of scientific thinking on the subject, is a sound introduction for anyone wanting to understand and attack this most pernicious of theories. It also has a comprehensive list of references for further study.