From the Seven Days for Socialism! International Supplement (August 1967)
Like all nations that dazzle the world with their riches, Canada is well to the fore 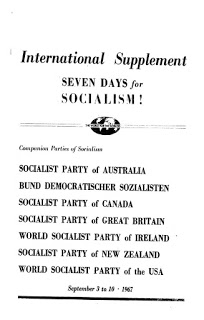