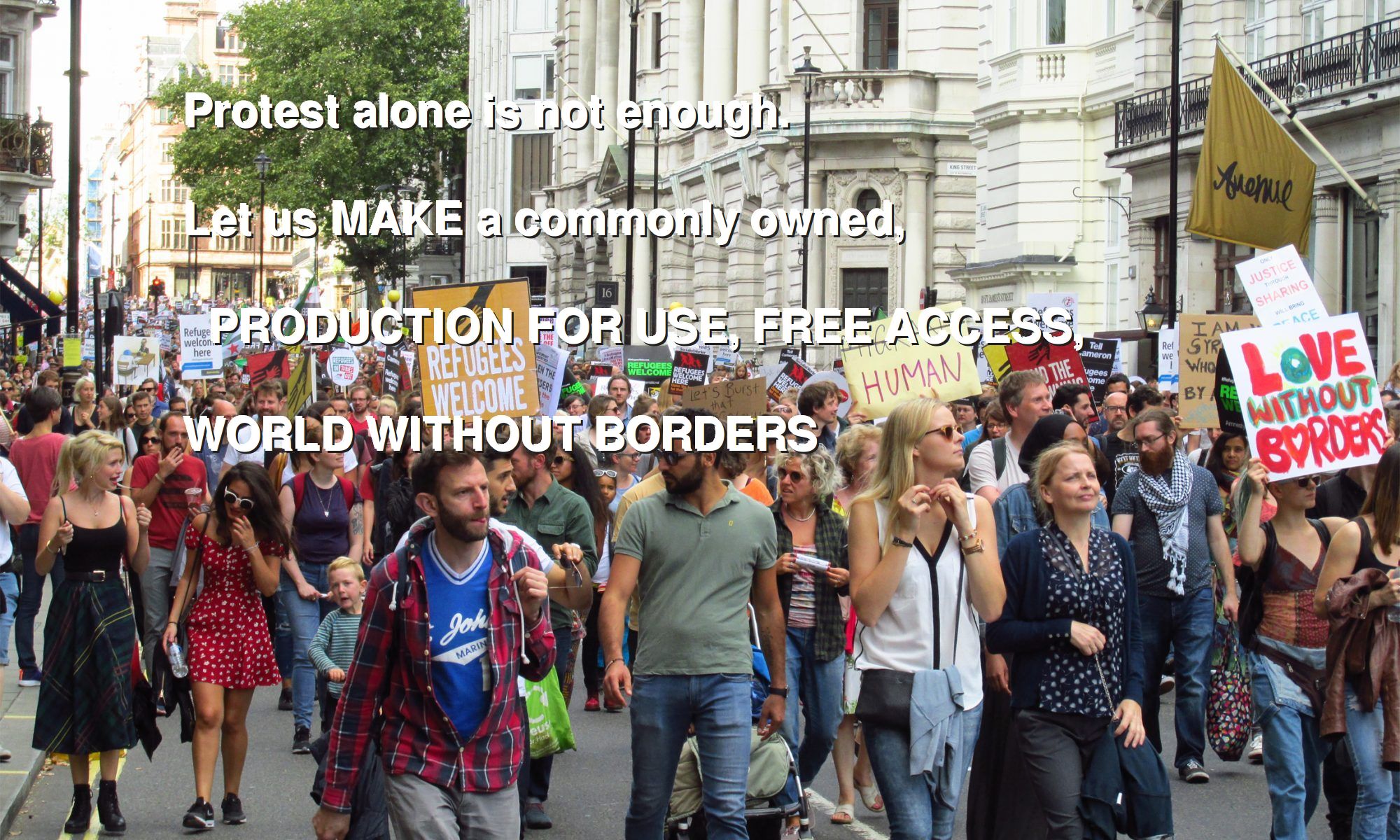 Global warming and habitat loss are now driving the biggest mass extinction of species since the dinosaurs, and are an existential threat to entire populations, yet despite endless conferences, politicians seem unable to do anything about them. Why? Because these problems are side-effects of normal capitalist business operations. The one thing capitalism can’t solve is… capitalism!

Human and environmental needs have always come a poor second whenever the needs of capital dictate. The history of sincere but failed attempts to correct a system that can’t do what we need only leads to one conclusion: we need a new social system.

We can stop driving species loss and global warming if we stop chasing profits, and we can only do that if we get rid of the profit system.

A system without money and the profit motive would be in the interests and needs of everyone. In such a system the challenge of the human impact on the environment can be seriously addressed for the first time. People, and not money, will control their lives and the direction of social progress.

Socialism—the society we desire and work for— means a world in which all people will be social equals. There will be no owners of property and no non-owners, no rich and no poor, neither superior nor inferior classes, “ races ” or sexes. Why, it may be asked, is such a state of affairs desirable?

There is, of course, one very obvious answer. It will give better material conditions to those who now go hungry, badly clothed or poorly housed—in short, to those who suffer any form of poverty. It is the expression of their demand, as Oscar Wilde put it, to be seated at the board instead of being grateful for the crumbs that fall from the rich man’s table.

The Socialist Standard is a monthly socialist newspaper published without interruption since 1904 by the Socialist Party of Great Britain.