Pathfinders: Guns, Gays and the NRA 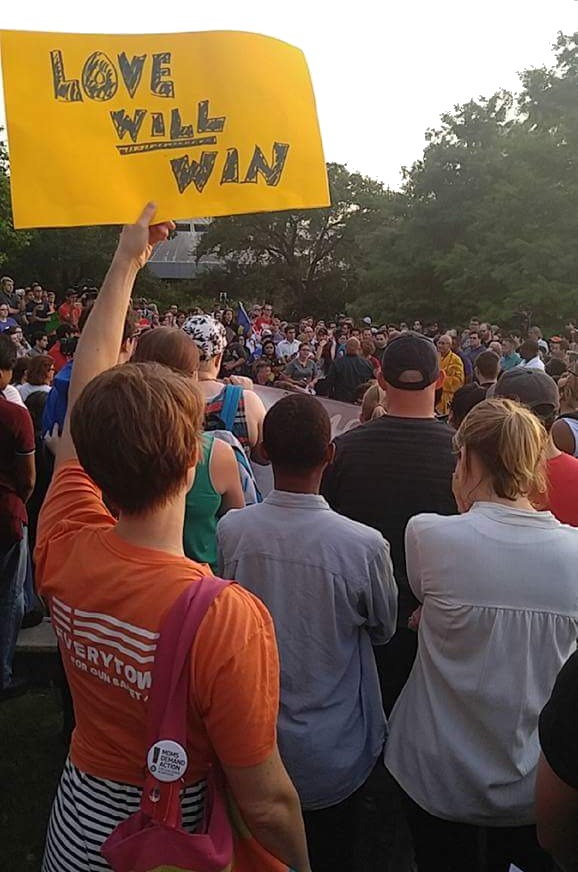 The appalling murder last month of around 50 people in a gay club in Orlando may have passed from the front pages, but the ramifications are likely to linger on.

In the first place there is the shooting itself. The gun lobby, in a macabre way, continues to do well out of these massacres, and gun sales always spike in the days afterwards. The gun lobby argues that a lone ‘whack-job’ gunman won’t get far shooting at people who are themselves armed and able to shoot back. Of course this is true up to a point, but this then implies that for maximum safety everyone should be armed, even school children. It’s not hard to see what’s wrong with this logic. The fact that everyone around you is tooled up like an extra from The Wild Bunch is likely to make you feel less safe, not more so. Society would be drunk with anxiety and nervous tension. Massacres could be sparked by cars backfiring. Bar and football fights like the recent Marseille riot would become Tarantino bloodbaths. Divorce would be by nine millimetre. Cities would be war zones which police would patrol in tanks and helicopter gunships. Students would wear Kevlar onesies and their teachers would look like Mad Max. Americans would be climbing the barriers en-masse to get into Mexico. Even the National Rifle Association would have a hard time describing that society as desirable, progressive and free. But hey, this is capitalism, don’t complain, buy shares in Smith & Wesson.

Secondly, America is close to an election. This could be the tipping point Donald Trump needs to be tipped into the White House as panicky voters decide he and not Hillary is the man most likely to stick it to the Islamicists. Socialists don’t expect much from capitalist puppets of any ilk, and we know that for all their big talk they never really accomplish anything because they have to take their orders from the market. But it’s never encouraging when, in times of perceived crisis, populations choose to vote for a bully or an idiot.

Then there is the homophobia. The Orlando slaughter spotlights this egregious feature of Islam which is not confined to extremists but is pretty much endemic. In the days after the shootings some Moslem gays in America did try to speak up in solidarity with the LGBT community, but their problem is that they are despised by their own religion and so are caught between a rock and a hard place, unable to speak up for either religion or gay pride.

Western liberals who draw a discreet veil over Moslem homophobia, sexism and.. well…veils, really deserve to have their cowardly arses kicked. Like Jainist monks determined to cause no harm, they cause harm by proxy, refusing to take any kind of stand or defend those who need defending. At the same time, moderate Moslems need to confront their religion’s endemic sexism and homophobia if they want to see any real integration in advanced capitalist societies, which is after all where the money is. Perhaps Orlando is a watershed moment, after which the fire-breathing imams will not dare to open their bilious mouths and pour further scorn on a community which now has 49 bona fide martyrs. But that’s a fond hope. No such reservations bothered the ‘reverend’ Pastor Roger Jimenez of the Westboro Baptist Church, who complained in a sermon that the shooter hadn’t killed enough of these ‘pedophiles’ and expressed the hope that the government would round up the rest and ‘blow their brains out’. In many countries you would be arrested for saying such a thing, but apparently it’s ok if you say it from a pulpit in the name of the Lord.

Gay people continue to be persecuted, beaten, raped and murdered almost routinely in many parts of the world, sometimes allegedly in order to ‘cure’ them. Homosexuality remains outlawed in 80 countries and is a capital crime in five of them. Even in western countries, where the gay-bashers of the 1970s have mostly died, retired or rotted away in prison, gays still have reason enough to feel insecure. The law makes ‘hate speech’ an offence, but it can’t legislate homophobia away. Conversely, state tolerance of gays is just about the only reason anyone would want to go and live in North Korea.

Of all the absurd prejudices workers have – many of which actively prevent socialist revolution – homophobia makes possibly the least sense. Why would a heterosexual resent someone whose orientation makes them less of a direct competitive threat? Historically it makes no sense either, since homosexual behaviour has been documented throughout human history and is also known to occur among  dolphins, raccoons, lions, giraffes, cats, dogs, chimps, bison, bears, horses, elephants, marmosets, foxes, koalas… to say nothing of the many bird, fish, reptile, amphibian and insect species.

In short, rather than homosexuality being ‘unnatural’ as the gay-haters claim, it is homophobia which is unnatural and which needs explaining.

One can speculate how homophobia could have developed and become engrained into the moral and religious codes of many early agricultural societies (China being an interesting exception). If life in the Iron Age tended to be nasty, brutish and short, with high mortality due to warfare, disease and bad diets, there would have been an urgent need to breed new soldiers, farmers and child brides. Those displaying prime breeding attributes would gain high status while homosexual behaviour could be seen as letting the side down. Over time this view could have become encoded into religious teaching and ‘sacred’ texts which came to global prominence in the Middle Ages, where many people still live.

In modern times, however, we have science. What does the science say?

Nothing definitive. The best guess is that homosexuality is a by-product or side-effect of heterosexuality, caused by wandering ratios of male and female sex hormones. This would explain why many people see themselves not as either/or but somewhere on a ‘gay-straight gradient’. What exactly is going on at the genetic level is hard to say, because cause and effect are almost never one-to-one but many-to-many, creating a cascade of complexities whose decipherment proceeds at a glacial pace. Moreover nobody is in much of a hurry to study homosexuality because of the political and ethical concerns, and because real diseases are more pressing.

Even if it’s a side-effect, it doesn’t matter much. Animals are full of bodges, accidents, redundancies, ‘design’ flaws and downright mistakes which give die-hard Creationists the night sweats but don’t bother biologists. Things don’t survive because they are fit and flawless – they survive if their flaws don’t matter. Homosexuality doesn’t matter to evolution, any more than it matters to socialism.

For socialists, homophobia is like any other irrational hatred that divides the working class so that it is too weak to challenge the dominance of the ruling elite. While the poor tear at each other’s throats, the rich are laughing at all of us.