50 Years Ago: The Seamen’s Struggle 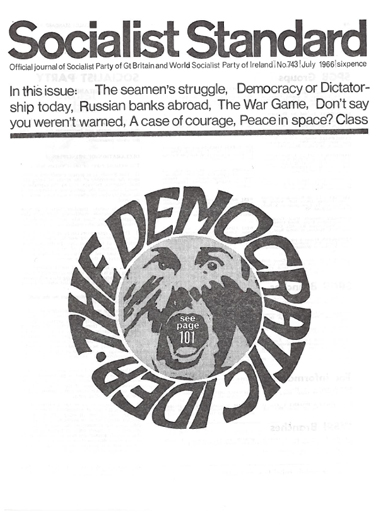 The Socialist Party of Great Britain supports the strike of the members of the National Union of Seamen for higher wages and improved working conditions. As workers ourselves we know that under capitalism we get nothing save through organisation and struggle. The social conditions of capitalism, where a tiny minority own the means of life, inevitably give rise to a struggle over the division of wealth. The class struggle will last as long as capitalism because the interests of workers and owners are irreconcilable. The seamen’s strike is an expression of this class struggle though it is fair to say that very few seamen fully understand this. They do not recognise that there is an irreconcilable conflict between workers and owners everywhere. They do not recognise that workers have no country and that patriotism is a delusion and a snare. They do not recognise that the wages system shows up the dependence of the workers on the owners for a living.

The strike has a wider significance than the wages and working conditions of seamen. The Labour Government, as caretakers for capitalism, have decided at last to stand up to organised workers in Britain.  (….)

The Government hope to make an example of the seamen and so deter others from opposing their policy. This means that if the seamen lose then the wages and working conditions of the rest of us will be adversely affected over the next few years. This has happened before. In May, 1958, a Tory Government stood up to the London busmen and won and for the next year or so their wages policy was “effective”.

Even if the seamen win and the dykes of Labour’s wages policy are breached the Socialist Party points out that this is not enough. All the cards are stacked against workers under capitalism. Being propertyless they depend on the owners for a living. On top of this there is a further disadvantage. The Government represents the interests of the owning class. Any Government in Britain has at its disposal a vast arsenal of political weapons to oppose any economic action by workers, not least the strike-breaking Emergency Powers Act invoked by the Government (and agreed to unanimously by Parliament, left-wingers and all) after a week of the strike.