God and the Price of Copper 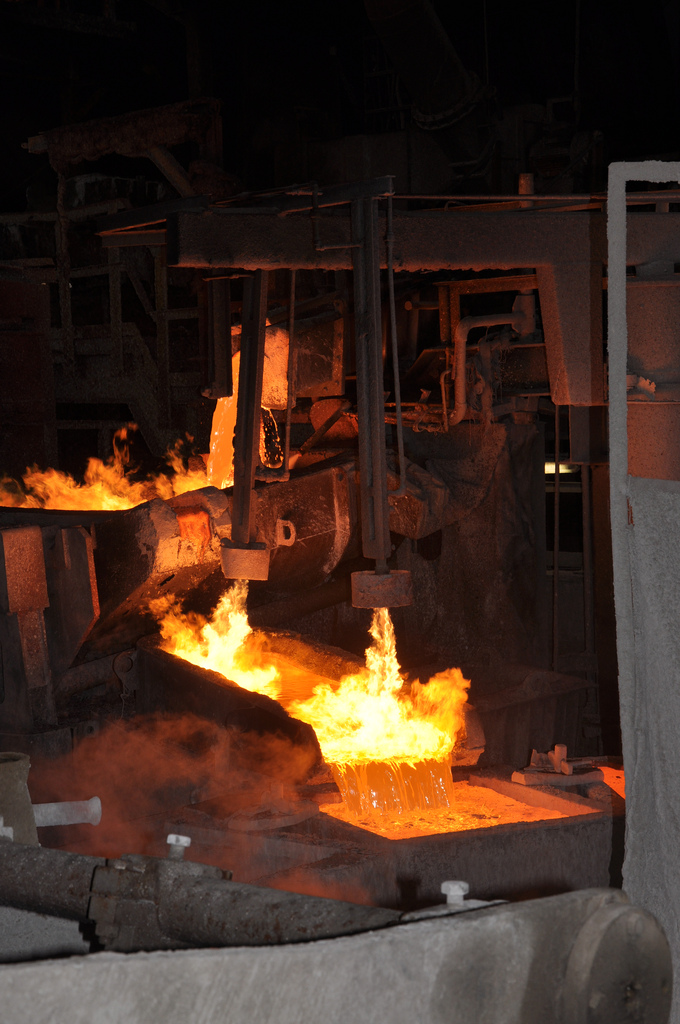 A socialist in Zambia explains how politicians and governments in countries like Zambia that export one basic commodity are at the mercy of world market conditions. Zambia is not alone in this respect.

Zambia is currently gripped by an economic crisis, characterised by falling copper prices, the depreciating kwacha, and electricity blackouts. Prices of essential commodities have shot up due to the depreciation of the kwacha. Sensing danger, President Edgar Lungu of the ruling PF despatched his deputy secretary-general Mrs Mumbi Phiri to the ZNBC, where she gave an assessment of the significance of the economic problems facing the country.

The radio interview took place on 14 September and the public were invited to ask her questions through the phone calls. She explained that the reasons why Zambia was facing social and economic problems was because of the falling copper export prices to China – the largest purchaser of Zambia’s copper exports. She went on to assure listeners that the reason why Zambia was experiencing electricity blackouts was due to low water levels in the Kariba North Bank hydro-power station occasioned by poor rainfall. The depreciation of the kwacha, she said, took effect after the death of President Sata in September 2014 and was due to reasons other than the fall in copper prices.

However, the Kariba North Bank hydro-power station was initially designed to generate power for up to three years regardless of poor rainfall received in the previous years. At the inception in 1976 the power station had four turbines with a capacity to generate 600 MW of power (150 MW each). During 2011 the turbines were upgraded to 180 MW each, bringing the total to 720 MW. Further expansion of the facility initiated through the Kariba North Bank Expansion Programme saw the addition of two turbines of 180 MW each, bringing the total generating capacity to 1080 MW.

The real reason why the Kariba North Bank power station is experiencing low water levels is because the turbines are being overused – they are run at longer hours than they were initially designed for. That is to say that the engineers at ZESCO have been operating the known peak units beyond the normal three to four hours a day, thus resulting in increased water usage and ultimately low water levels in the Kariba dam.

The copper mines consume much of the power, with domestic consumers accounting only for a small fraction. Power supply to the copper mines has been cut to 30 percent. This had led to production costs increasing 40 to 60 percent as the power deficit worsens.

Zambia is a capitalist country dependent on copper exports from which it derives 90 percent of its revenue (in taxes and royalties). The drop that has now taken place in the price of copper exports in the international market has had a great influence upon political developments taking place within Zambia. The price of copper originating from international political and economic events is in fact the main reason affecting the history of politics in Zambia.

During the 1980s there was a letdown in inflation in western Europe that led to the fall of ‘Communism’ in Eastern Europe, and later spread to Africa where single-party political dictatorships were hastily replaced with multi-party political systems. When the MMD came to power in 1991 copper prices were at an all-time low – the privatised copper mines failed to make any impact on the liberalised economy. Both Wanslea and Konkola copper mines were closed down due to falling copper prices. The Chinese state capitalist investors saw a chance to open up new copper mines and went forth to set up NFCA and Chambishi smelters in Kitwe.

In 2008, after the death of President Mwanawasa, a bank mortgage crisis began in the USA and later spread to every part of the world. In Zambia copper prices tumbled to their lowest on the London Commodities Exchange. People lost confidence in the MMD and voted for the PF under President Sata in the 2011 presidential elections.

It is fair to point out the vivid fact that when Sata came to power in 2011 the banking crisis that had struck the USA and western Europe was on the wane. China was catching up with the USA in terms of international trade and investment. Thus Sata thought he had found a trusted political and economic partner in economic development.

The social changes initiated by Sata were mostly carried out by Chinese state-controlled companies. The price of copper was rising on the export market– this led Sata to revise tax incentives of copper mining companies in 2013. However, this increasing of the mineral royalty taxes upon the copper mines had a deleterious effect upon the operations of the copper mines, resulting in job losses.

The economic slowdown that has since taken place in the Chinese economy has contributed in total to the collapse of copper prices in Zambia today and thus the diminishing profitability of copper mining.

The fact is that the significance of social and economic policies pursued by any political party in Zambia can only succeed in relation to the prevailing copper prices on the international market,. .

In late August 2014 there was a sudden collapse of copper prices in China which caught President Lungu unawares. The foreign exchange rate relative to the USA dollar sunk to the lowest ebb. Facing incessant criticism from both the church and the political opposition, President Lungu found himself helpless. He turned to God for help. He appealed to the people of Zambia in strong terms and told them to fast and pray to God on 18 October for him to bless the nation.

People responded to the President’s appeal and duly converged in their respective places of worship and paid homage and reverence to God. Some congregations reported having seen a rainbow envelope the Sun during the said occasion.

Whether God did answer the prayers that took place remains to be seen, but it is certain that the prayers of those people with political careers and private property will have been duly answered. But for the workers, peasants and students the prayers seem to have made them less emotionally and spiritually bewildered.

The fact is that the kwacha has kept on depreciating and electricity blackouts remain unresolved. And the price of copper remained depressed.

In our scientific prognosis of capitalism– we in the WSM are of the view that the economic factor plays a major role in determining political, intellectual and religious whims of a given society. Our message to the workers, peasants and students in Zambia remains the same: capitalism cannot offer a permanent solution to social, political and economic crises.

Voting for another set of recycled politicians into parliament is not a solution. The workers must utilise the limited political freedom granted it through the medium of the vote to vote capitalism out of the world. Vote for socialism– the alternative to capitalism.