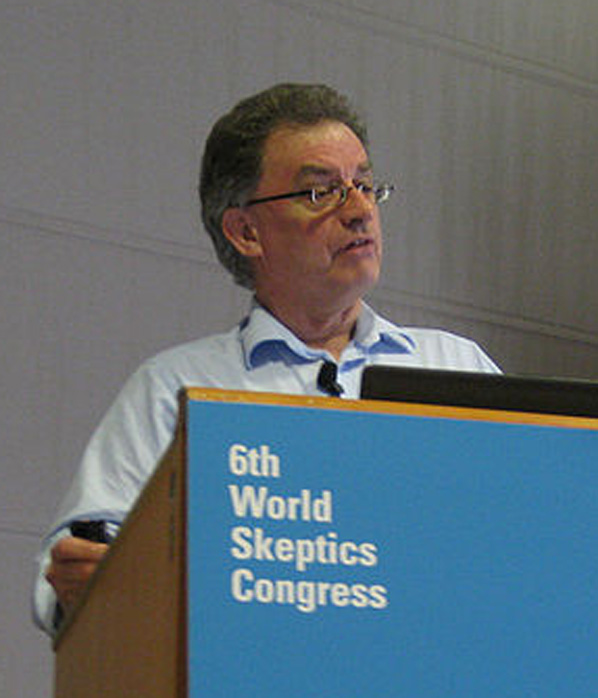 Marx’s original ideas and his worldview are very much in the sceptical tradition of philosophy. When we say we are scientific socialists, what we mean is that we are sceptical in the same way that scientists should be sceptical – rejecting dogma in favour of doubt, and thus allowing the possibility of progress. But is a properly scientific attitude consistent with capitalism, (with all its contradictions and hypocrisies, invisible hands and other dogmatic notions)? We put some questions to Chris French, head of the Anomalistic Psychology Unit at Goldsmiths College, London and former editor of The Skeptic.

1.    What exactly is ‘anomalistic psychology’ and what have you learned from it?

Anomalistic psychology may be defined as the study of extraordinary phenomena of behaviour and experience, including (but not restricted to) those that are often labelled ‘paranormal’. It is directed towards understanding bizarre experiences that many people have without assuming a priori that there is anything paranormal involved. It entails attempting to explain paranormal and related beliefs and ostensibly paranormal experiences in terms of known psychological and physical factors.

2.    You like to test people’s unscientific beliefs scientifically. How do they react when you prove their beliefs false?

We would never claim to have disproved a claim of, say, psychic powers on the basis of a single test. All that we could conclude is that under the particular conditions of that particular test, the results do not support the claim. Taken in the wider context of numerous other failures to support such claims and more plausible non-paranormal explanations of the phenomena in question, others can draw their own conclusions. We always ensure that claimants agree that the test is fair before we begin but the reaction from the claimants once they fail the test is always the same. They come up with reasons why, in retrospect, the test wasn’t actually fair at all!

3.    People often manage to live with ‘cognitive dissonance’ through denial. Is there an evolutionary value in deluding oneself or is this an accident of advanced cognition?

Our brains have evolved for survival, not necessarily for apprehending “Truth”. In terms of the evolutionary cost-benefit analysis, it makes more sense for us to come to quick decisions that are usually right rather than slower decisions that are right slightly more often (is that rustling in the bushes really a sabre-toothed tiger?). Thus we tend to think using heuristics (quick and dirty rules of thumb) that are good enough to usually lead to the right conclusion. But they can lead us astray. Sometimes we think we’ve found a meaningful pattern or connection when there is not really one there.

4.    Has your research suggested ways in which changing mindsets might be made easier?

Extreme believers (and extreme sceptics for that matter!) will probably never change their opinions regardless of the evidence. They are trapped in an “intellectual black hole” in which they employ various strategies to allow them to dismiss any evidence that does not support their views. The key to changing mindsets is education, education, education – in particular, giving people the critical thinking skills they need to evaluate evidence for themselves. The aim is to tell people how to think not what to think.

5.    Would you say that the study of religious beliefs is a branch of anomalistic psychology?

The psychology of religion is already a recognized, albeit very specialized, sub-discipline of psychology. In general, researchers in this area have tended to hold religious views themselves. More recently, anomalistic psychologists, who tend to be more likely to be atheist or agnostic, have provided a different perspective on a range of religious topics such as near-death experiences, the power of prayer, and mystical states.

6.    You’ve argued that people who believe in conspiracy theories are more likely to be alienated individuals. Why do you think this is?

The limited findings available do indeed support the not-too-surprising conclusion that those who feel alienated are more likely to believe in conspiracies. A number of factors appear to underlie this. For example, those who feel alienated will, almost by definition, distrust the government. This can lead to them endorsing mutually contradictory conspiracies such as Osama Bin Laden being still alive and him having been killed many years ago! Also, those who are alienated are probably drawn to conspiracy theories because such theories provide an explanation for their own marginalized position in society. They feel that they have been held back or pushed out by powerful “others” who are working behind the scenes.